Five years in the past, a fledgling interfaith event geared for younger human beings drew about forty young adults and their advisers. Nowadays, the Oklahoma Convention of Churches’ annual Interfaith Adolescents excursion has attracted up to 300 people, filling as a minimum four constitution buses that journey to three houses of worship or cultural venues inside the metro region. The Rev. 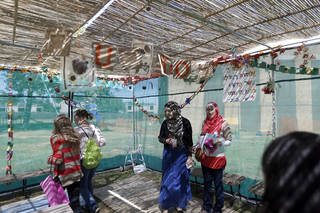 William Tabbernee said the Young people tour was prepared by the Convention of Church buildings’ Religions United Committee and held for several years before becoming the business enterprise’s executive director in 2011. earlier than his involvement, the excursion turned into no longer held consecutively, but he decided it might be helpful to offer it as an annual event. The excursion’s boom is a superb indication that human beings’ interest in religions and cultures other than their very own has been piqued, Tabbernee said.

Tabbernee stated the tour initially turned created to coincide with International Day of Peace, on occasion unofficially known as World Peace Day, on Sept. 21. But, he and other interfaith leaders stated the tour is exceptionally Well-timed because some faith traditions are being maligned or misrepresented via presidential election rhetoric and different manner. They said Schooling about different faith ideals and homes of worship is key to dispelling myths. We’re changing perceptions, one kid, at a time and overcoming stereotypes one youngster at a time,” Tabbernee said.

The subsequent excursion is set for Sept. 25 and could characteristic stops at East 6th Road Christian Church (Disciples of Christ), 1139 NE 6; Masjid Mu’min Mosque, 1322 NE 23; and Vien-Giac Buddhist Temple, 5101 NE 36. Picture – A church chief talks to youths and their advisers in the course of a go-to to St. Paul’s Episcopal Cathedral as a part of the Oklahoma Convention of Churches’ 2015 Interfaith Teens excursion in Oklahoma Town.